How Is Peter Gleik a Genius? 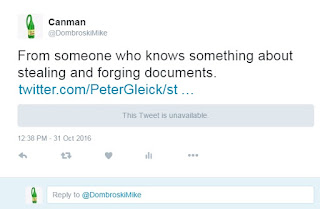 I've been blocked on Twitter from viewing Peter Gleik's tweets. Here's the tweet I retweeted and commented on: 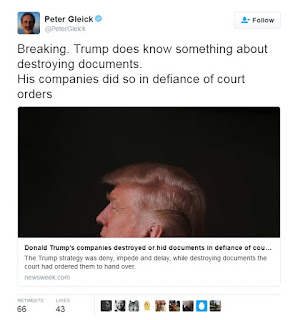 Peter Gleik is the recipient of a MacArthur "Genius award". His Wiki page includes a very impressive list of honors and awards. But from the writings about him that have caught my eye, he appears to be an angry nasty member of what Tom Fuller calls the klimate konsensus.

I first became familiar with him, when I read about his theft of Heartland Institute documents in this Skepticblog post. This event was labeled Fakegate at the blog, The Blackboard where Steve Mosher made a strong case that one memo had been forged by Gleik. Looking into him, I also found out he'd done a short one star Amazon review of a book by Donna Laframboise that caught a lot of attention and elicited an exchange in this post by Judith Curry. It also prompted something of a parody review by Brad Keyes of a book by Dana Nuccitelli.

I find Gleick's writing to be very strident and self-righteous. I also don't find it to be well argued. Right before his Heartland caper, he and Heartland's James Taylor had a pair of dueling columns. It looks to me like they both cherry picked statistics they liked. Taylor, being more lighthearted, got the best of the exchange.

He has a blog at Scienceblogs called Significant Figures. While it appears to be mostly about water stuff that looks dull to me, I did find this post on the closing of California's Diablo Canyon nuclear plant. His response to a comment by Michael Shellenberger is interesting:


This is normally too long for a comment, but I know how strongly Mike S. feels about this, so here you go.

I won’t respond except to say we’ll see what happens. Recent experience in California and elsewhere shows the potential for tremendously rapid expansion of non-carbon renewables and efficiency. If they don’t expand rapidly enough, then indeed, California’s non-carbon energy will be lower than desired. Time will tell.

He definitely has a different view of "recent experience in California and elsewhere" than I do.

From the Wiki page I see that he is the brother of James Gleik, who wrote a couple of books I really enjoyed.One was Chaos: Making a New Science and the other one was about a real genius, Genius: The Life and Science of Richard Feynman. 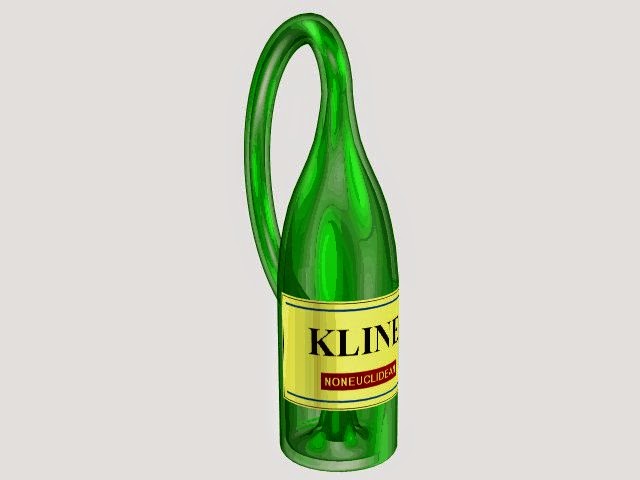